Mountain walking and hiking during weekends or holidays.
Looking for a few leisure activities and some recreation? Here are a few suggestions: mountain biking, Tyrolean traverse, climbing wall, archery, off road tours, fishing. All of these are just a stone’s throw away.

Câmpulung Muscel is a city located at an altitude of 580-600 m and at a distance of 52 km from Piteşti (in the north-northeast, by road), 47 km from Curtea de Argeş (in the east), 84 km from Braşov (in the south-southwest) and 66 km from Târgovişte (in the west).

The Dâmbovicioara Gorges (Cheile Dâmbovicioarei) are a significant component of the largest complex of gorges in the country (the one focused on the Dâmboviţa River and its tributaries), which boasts over 20 gorges, with a total length of 30 km. The deepening of the Dâmbovicioara brook into the Jurassic limestone of Piatra Craiului has generated a sector of gorges extending over more than 8 km, with the appearance of a veritable canyon cut into the bridge-like limestone formations of the end part of the massif.

The Piatra Craiului National Park (Parcul Naţional Piatra Craiului) stretches over the counties of Braşov and Argeş, including areas belonging to the localities of Zărneşti, Moeciu, Rucăr and Dâmbovicioara and the Piatra Craiului Massif, as well as an area including the Dâmboviţa Gorges (Cheile Dâmboviţei) and the Ghimbav Gorges (Cheile Ghimbavului). Situated in the Meridional Carpathians, the park includes the massif, which stretches over about 25 km between Zărneşti and Rucăr, and its boundaries are marked by the Bran-Rucăr pass and the Dâmbovicioara River in the east and south-east, the Dâmboviţa River and the Tamaş River in the east and the Bârsa River in the north. 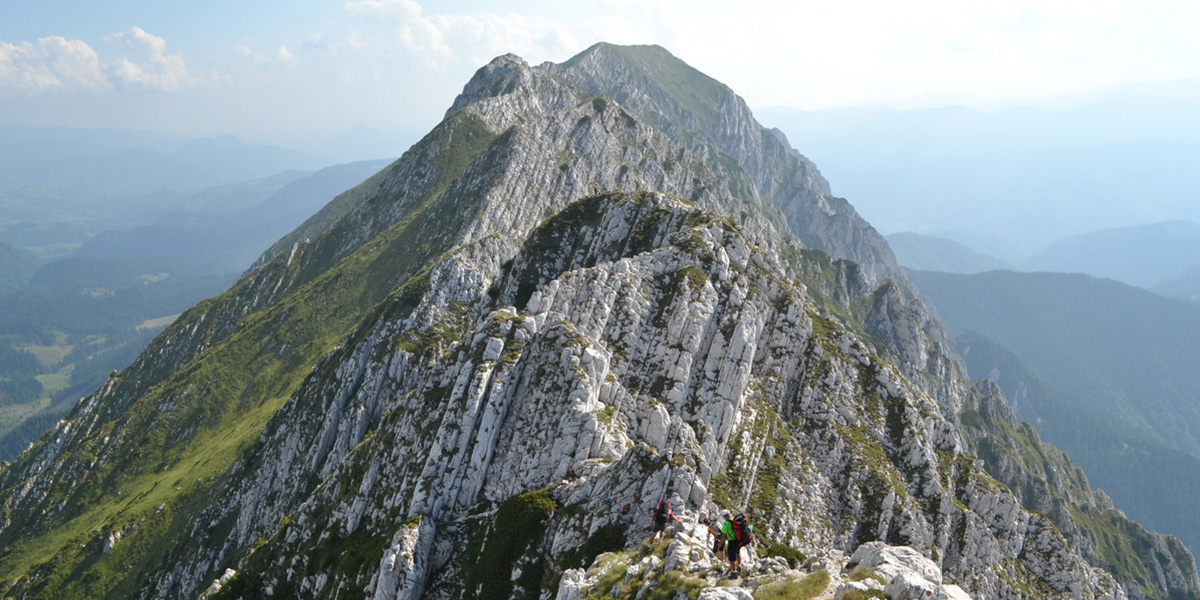